got its moments. Bruce Paley's spare narrations of nomadic hedonism ranging from his teen years to his early 30s are totally precedented, but as filtered through Carol Swain's distinctive stubbly pencil textures, nine-panel grid, and supernatural quietude, the stories threaten to loose themselves from gravity and witness America from a satellite's eye. Her grid's steady beat and the collision of rough and soft pencil marks have the same hypnotic effect as holding your hand out a moving car's window as it alternates hail and snow. In her own personal comix, which tend to more pastoral narratives, this hypnotism often overwhelms anything that happens in the stories. Her universe's cast of punk rockers, all of whom seem to share the same face, are ultimately subservient to the rolling hills and empty roads that swallow them. 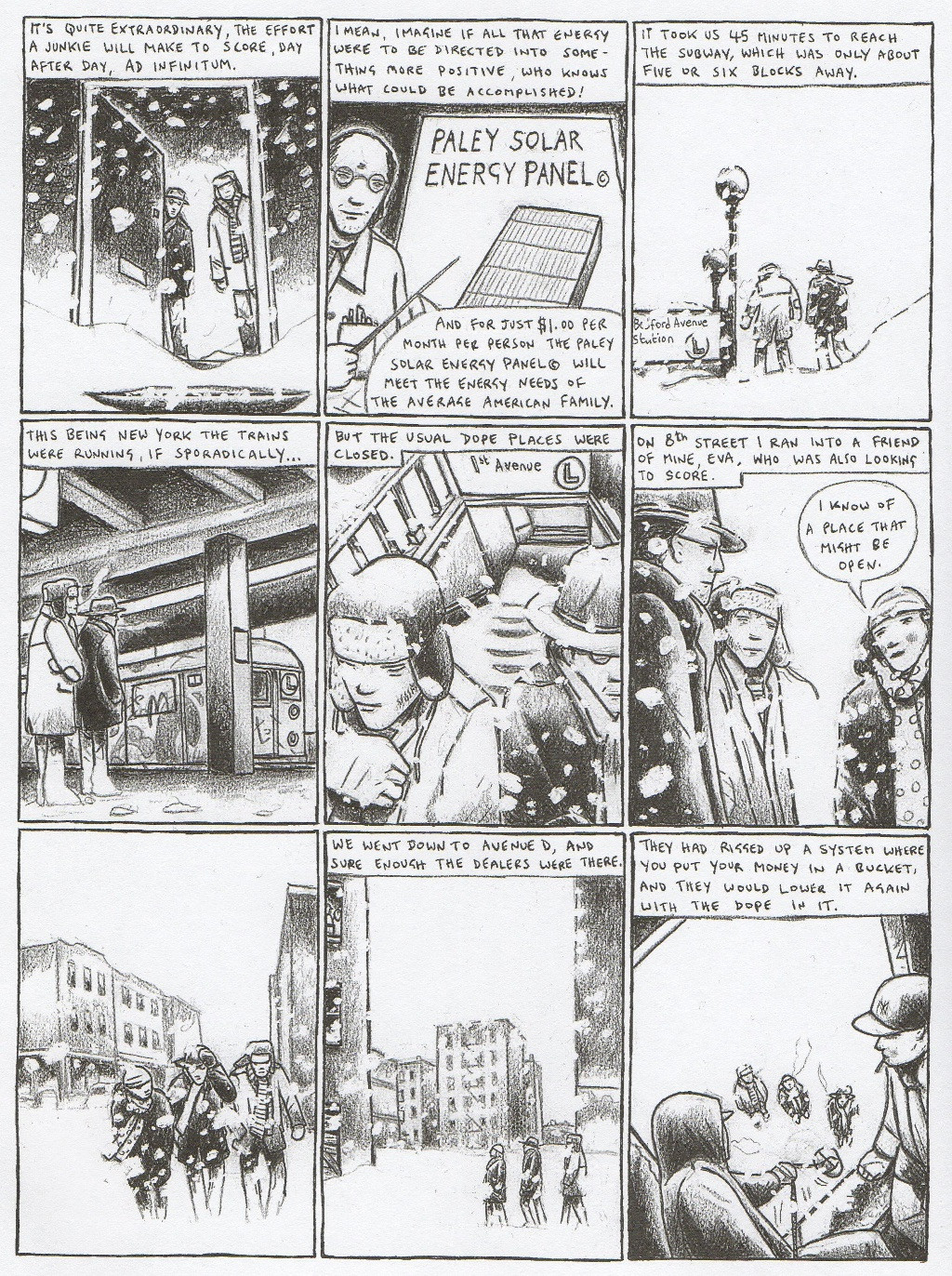 Here, though, Paley's accounts of scoring drugs, hitching rides, sexing chicks, getting busted, and finding places to sleep provide dirty counterweight to Swain's ambient flying saucer ride. It's a peaceful, easy read -- chapters average five or six pages and have punchlines -- but I wonder about everything that the skeletal story structures omit -- what did Bruce and his wife fight about? How did he convince the girl in the bar to go home with him? How did he save up enough money to move to London and open a comix shop? When he quit drugs, what did he do with all that surplus time/energy? But they'll keep me wanting. In a rock'n'roll life, it's important to keep the stage banter short and funny, and jump straight into the next song. 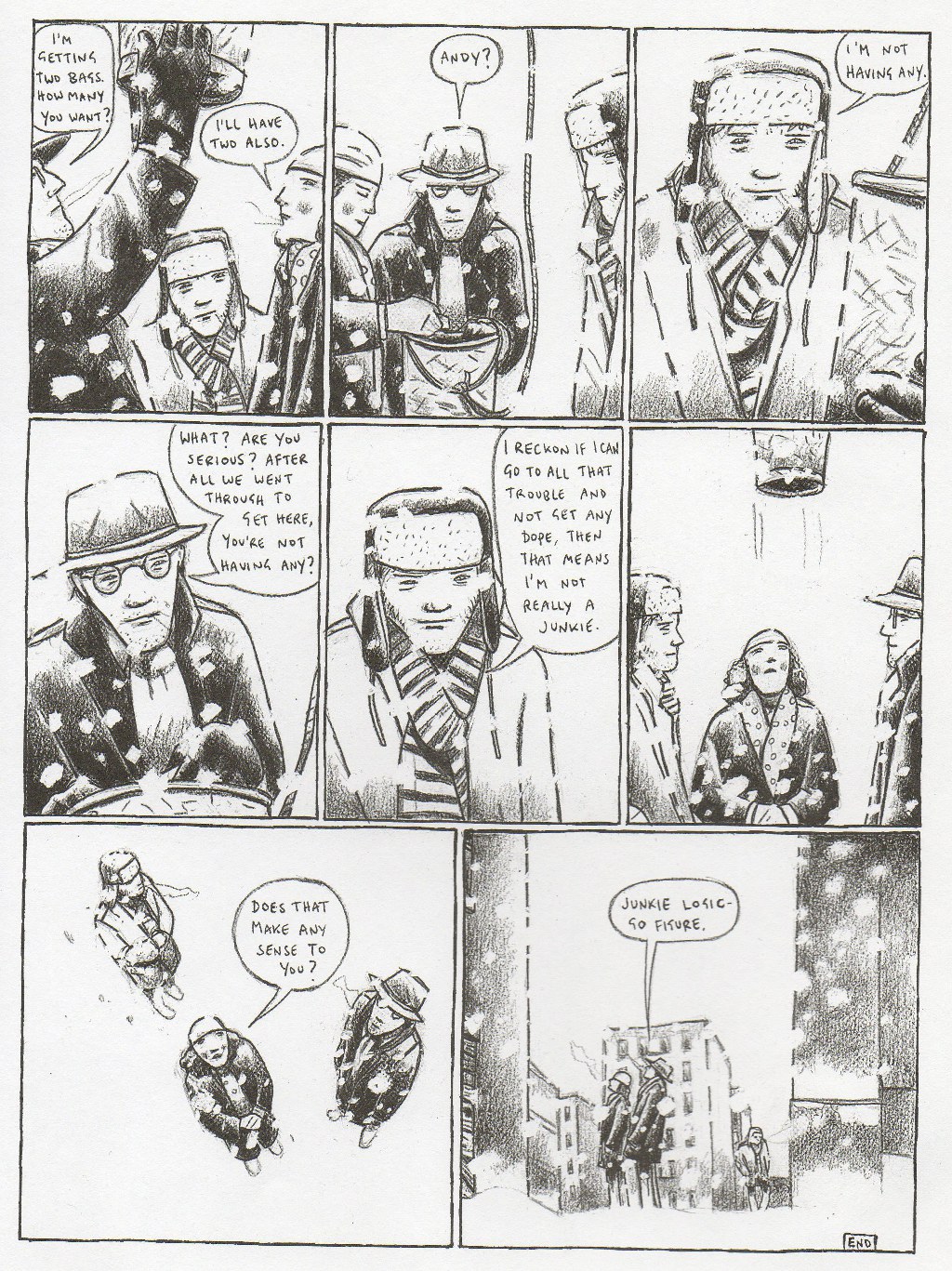