every Friday, Tom Spurgeon over @ Comics Reporter asks his readers to provide their top 5 responses to a comics-related question; but this week he composed a list of 25 questions and asked readers to choose 5 to answer. They were pretty fun questions! I ended up answering 14 out of 25:

FAVORITES:
1. What is your favorite stand-alone publication of the last five years?
Ganges #1

3. What is your favorite webcomic?
http://beatonna.livejournal.com/

5. What is your favorite comics web site that is not a link- or commentary-blog?
http://www.barnaclepress.com/


COMIC SHOPS:
8. List the names of the comics shops that have beenyour shop in your lifetime of buying comics.
http://www.bigplanetcomics.com/ - Vienna, VA (They invented SPX.)


GREATS:
11. Who is the Greatest Living Cartoonist?
Eddie Campbell

12. Name the female cartoonist highest up in your personal pantheon.
Posy Simmonds

13. Name the cartoonist with a non-white South American or African heritage highest up in your personal pantheon.
Los Bros

14. Who is the world's most under-appreciated cartoonist?
Joann Sfar. I know he is appreciated, but it should be way more. Rabbi's Cat's trailer inspires Pantheon to print 900,000 more copies of Rabbi's Cat, in my fantasy.

15. Name a cartoonist you know is great but whose work you find hard to enjoy.
Ware (which is not to say I don't)


NOSTALGIA:
16. What was the first comic that you remember buying after the last time you stopped buying comics?
Peter Parker, the Spectacular Spider-Man #98, featuring Black Cat 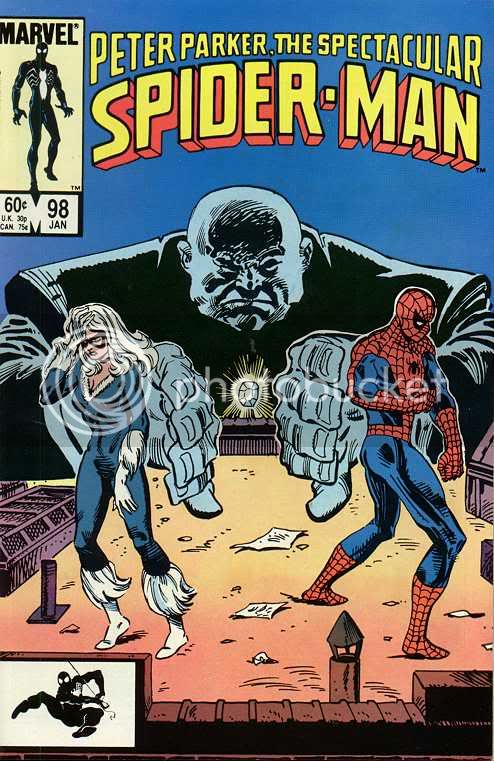 17. What comic do you plan to revisit one day?
Cerebus

18. Name a comic that was even better when you tracked it down than you remember it being the first time.
Elektra: Assassin - really corny and dated, but a real page-turner

19. What is the worst comic in your collection that you keep for reasons other than its quality?
Chris Claremont's late-1980s Uncanny X-Men

BONUS SECTION: NOT COMICS
2. Name three US vice-presidents in the order that they occur to you.
Gore, Bush, Biden (:

5. If you could have any middle name in the world not "Bronislaw," what would it be?
Zarraga

Anybody else wants to play, be my guests!!
Collapse